Written by Allison Murdoch
Updated over a week ago

Logic jumps enable you to create interactive forms that change questions based on the user's responses.

Let’s say you want to create a COVID-19 declaration form. Based on the user’s answer, you can show them either a different question or a response.

To activate logic jumps, you need to have at least one question on the form.

Create the QR Code-based form from the Beaconstac dashboard.

For a step-by-step guide on creating forms on Beaconstac, click here. 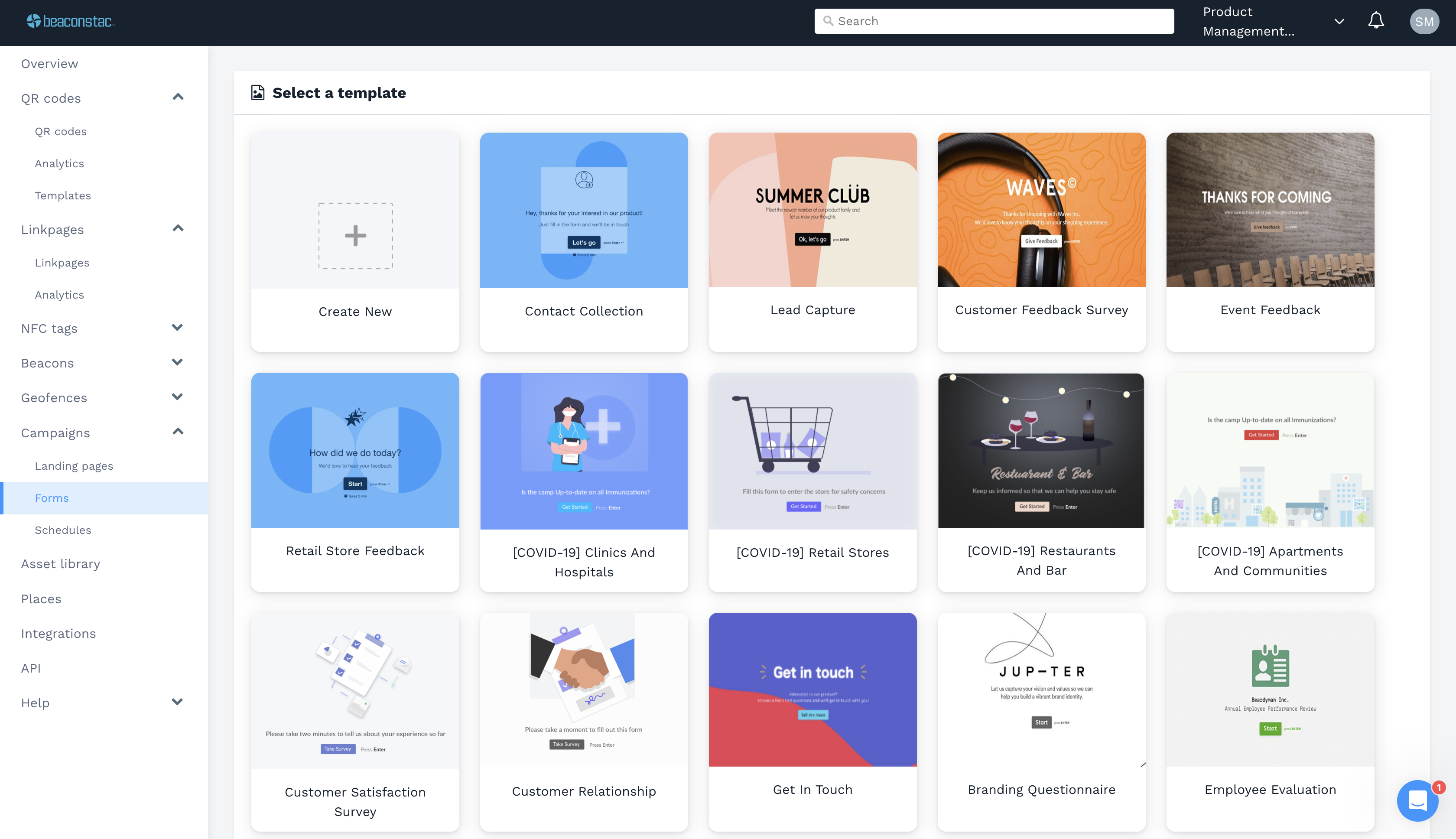 Step 2: Add questions to your form

Add the various questions you need for your form. Also add any variations in questioning that you would like to appear based on the user's response.

For this example, We're creating a COVID-19 declaration form.

We've added just one Yes or No question: "Have you been experiencing any COVID symptoms?" 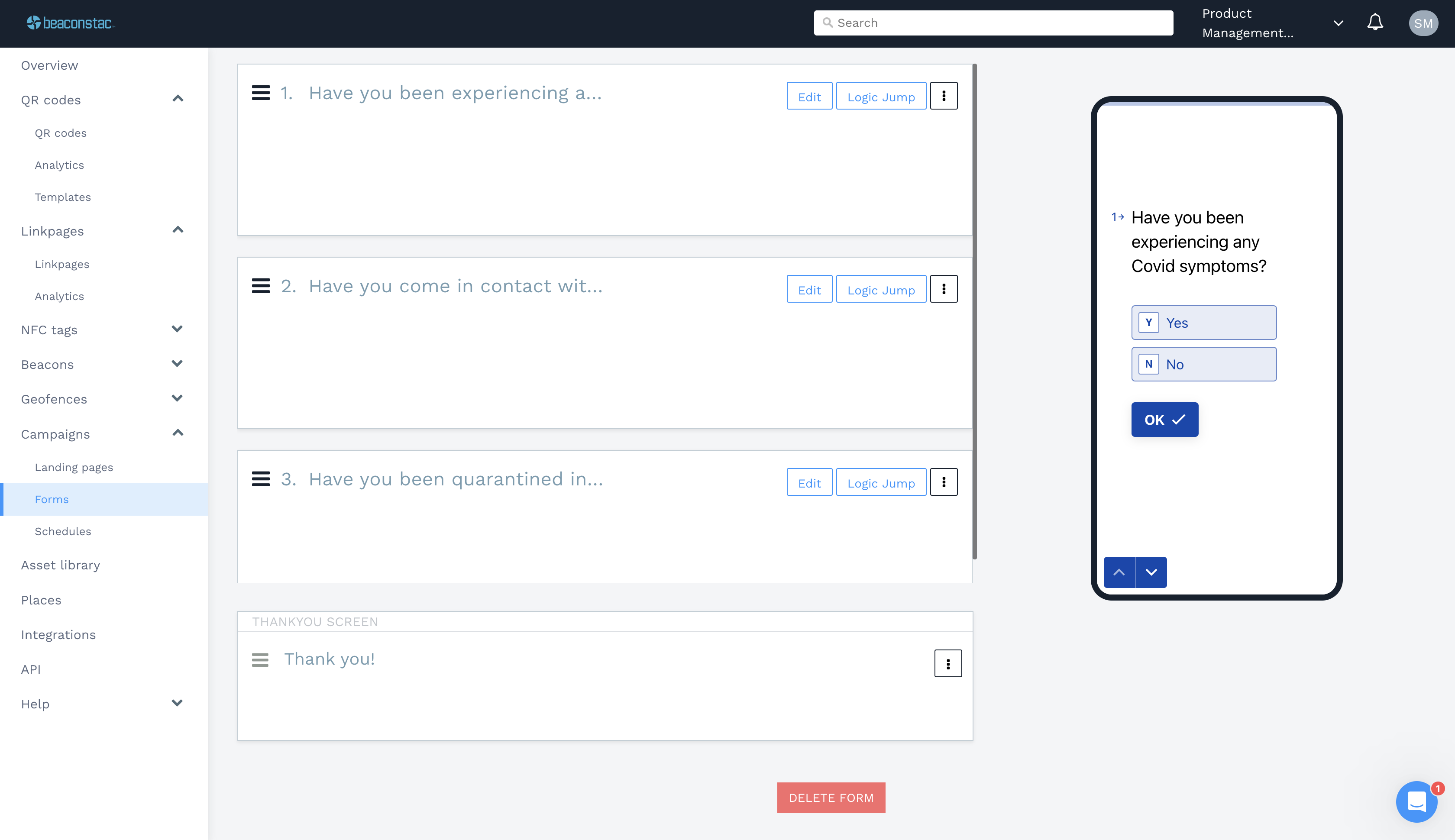 We've also added 2 variations of ‘thank you screens’ to end the form. The user will see either one end screen based on their response. 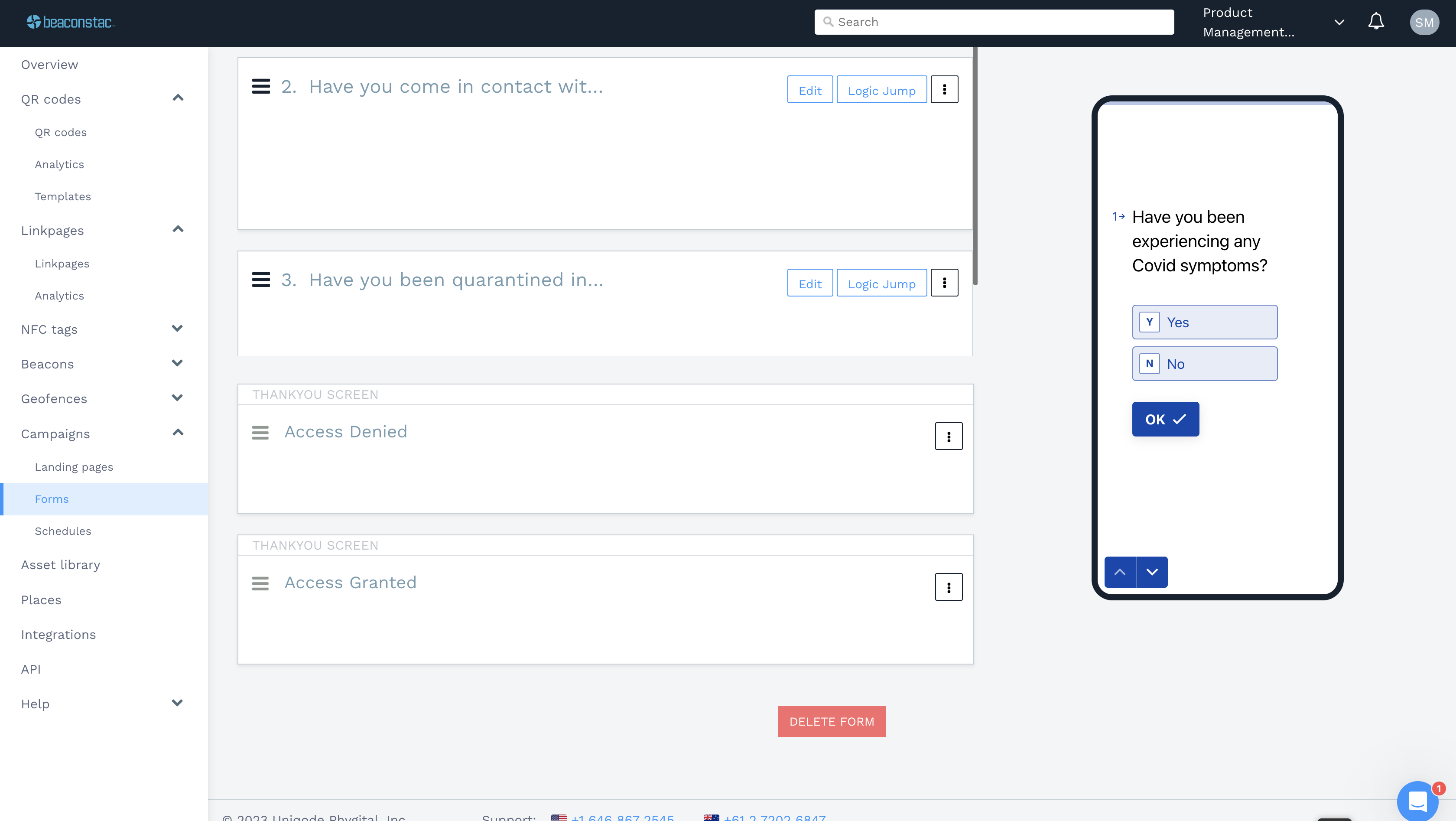 Once you've added the question, click on the menu icon next to it and select 'Logic jumps'.

For this example, we have only one question, and therefore the logic jump will be a straightforward one:

We being by setting up the logic jump so that the default screen is the "Access granted" screen. 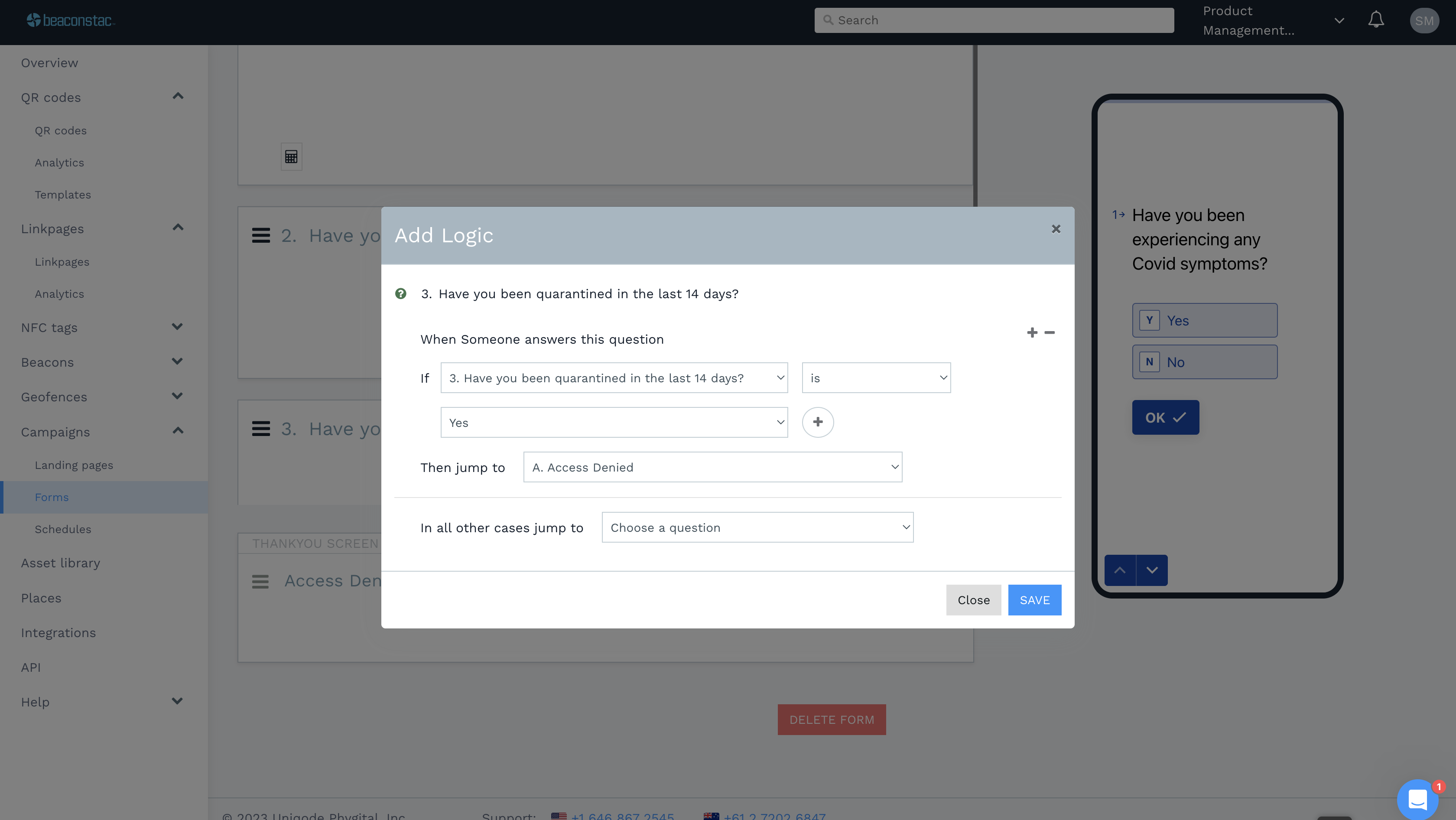 We then set up an If-then statement.

If someone answers ‘Yes’ to the question, then jump to the 'Access denied' thank you screen. 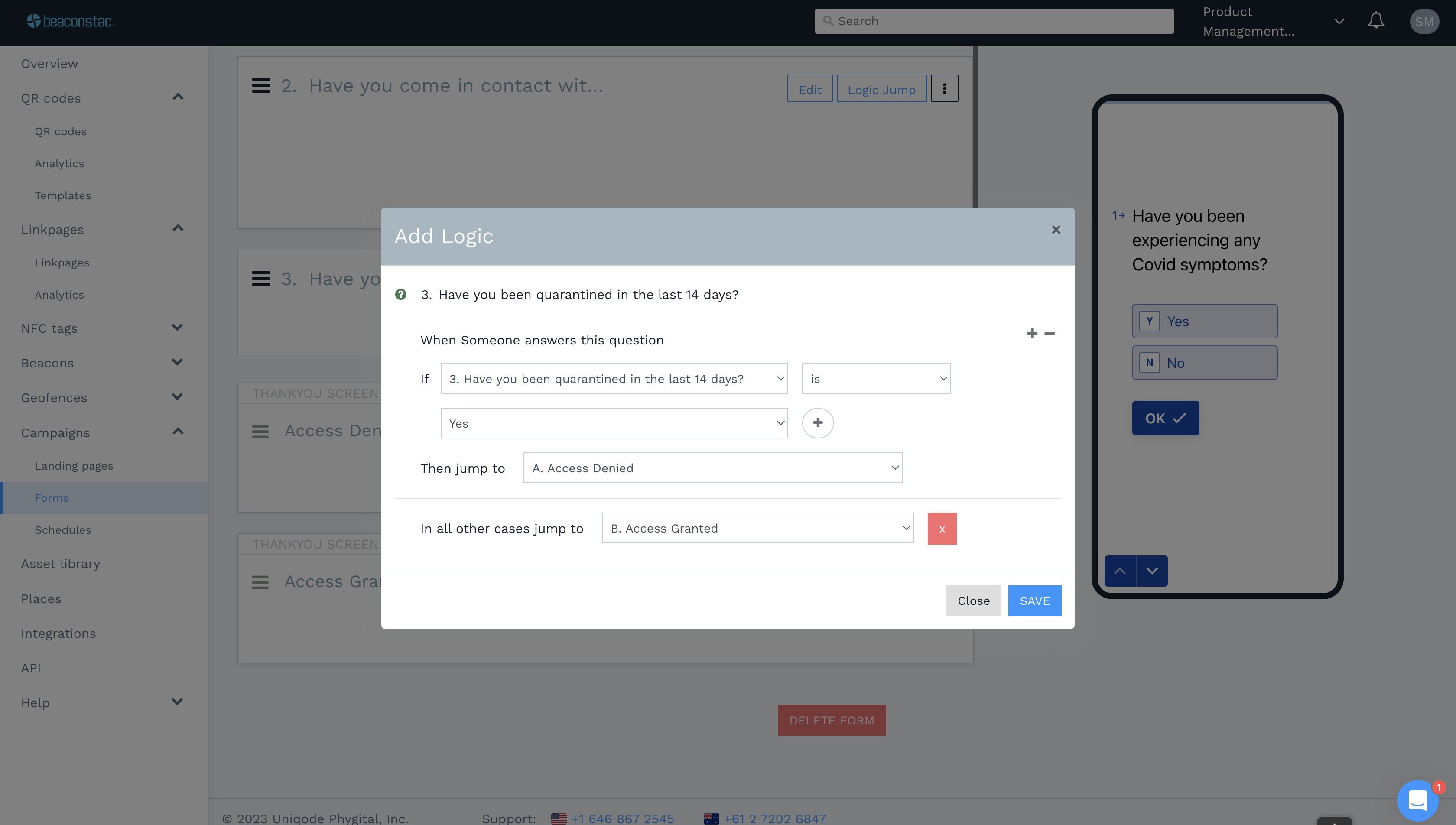 This was a simple logic jump that used a single question to decide the next step.

You can go further and experiment with more questions and different response types to create more intricate logic jumps for engaging forms.

Did this answer your question?